Start a Wiki
Super Tuesday is the fifth episode of the seventh season of the HBO original series Veep. It aired on April 28, 2019.

At a campaign event in Oklahoma City, days before Super Tuesday, Selina learns that Andrew might be seeking a deal that could result in him throwing Selina under the bus. Selina learns via Karen Collins that she would advise him to do this if it were to benefit his case.

The Ryan campaign has decided to focus all of their effort on the upcoming Florida primary, Jonah is told that he now has secret service protection. At a campaign stop, Jonah begins alleging that Selina has been lying about her age and demands that she produce her birth certificate.

Keith Quinn tells Selina about several schemes ongoing to prevent Kemi Talbot voters from going to the polls. He also informs Selina that Andrew has connections to China. In New York, Selina and Andrew finally met and, after failing to implicate Marjorie for The Meyer Fund's financial misappropriations, agree to have Andrew leave the country in exchange for a hefty financial "goodbye-gift".

Dan visits Richard in Lurlene, who is being honored as a hero after saving lives when a crop-duster crashed into a 7/11. Dan introduces him to Sidney Purcell, who tries to get Richard to participate in several under-the-table lobbying actions. Richard inadvertently exposes everything during a press conference, resulting in Sidney, as well as several other major state politicians, being arrested. The governor calls Richard to ask him to replace the newly-ousted Lieutenant Governor.

Two days remain until Super Tuesday, and Selina informs Kent and Ben of Andrew's "escape plan", asking Keith to take care of it. However, Selina is horrified to discover that Andrew has died in an explosion, trying to take Mee-Maw's old boat, The Labor Day, out of Florida. Selina connects the dots and confronts Keith whether or not he had anything to do with it, to which the answer appears to be that he did. Selina notices Keith trying to conceal a piece of paper that she manages to stealthily swipe, which appears to be in Mandarin.

In New Hampshire, Jonah produces his birth certificate and is horrified to learn that Lloyd Hennick is his actual father, making he and Beth half-siblings. Amy is sickened by this discovery and suspects that Beth may be pregnant.

Selina visits Mike's daughter to translate the Mandarin note. Ben and Kent inform her that the state of New York has dropped it's investigation into The Meyer Fund following Andrew's death. However, her elation is short-lived as Selina discovers the Mandarin note, translated, appears to be a plan on the behalf of the Chinese to rig the primaries so that Selina will win the nomination and lose against Laura Montez in the general election.

Super Tuesday is traditionally held in March. The 2020 primary election cycle has Super Tuesday dated March 3, 2020. Props from this episode indicate that this is when the primary is taking place within the show.

Here's a breakdown of the timeline: 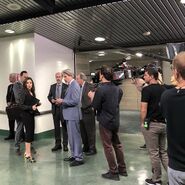 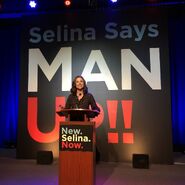 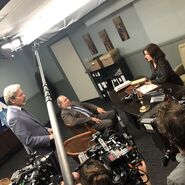 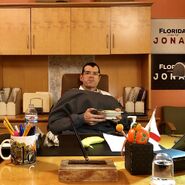 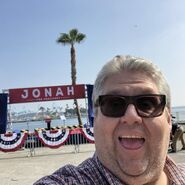 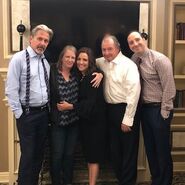 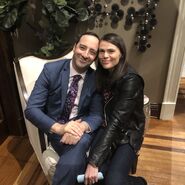 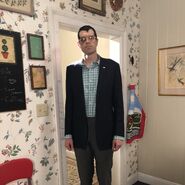 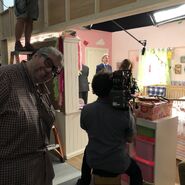 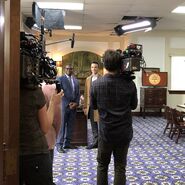 Amy's Florida cup
Add a photo to this gallery
Retrieved from "https://veep.fandom.com/wiki/Super_Tuesday?oldid=16961"
Community content is available under CC-BY-SA unless otherwise noted.