South Carolina is the fourth episode of the seventh season of the HBO original series Veep. It aired on April 21, 2019.

Selina and team head to South Carolina, where she seeks an endorsement from a key leader. Gary gets a long-awaited promotion, while Marjorie excels in her new role.

Selina celebrates after coming in first in the New Hampshire primary. On the plane to South Carolina, Gary asks to be able to assist Selina beyond being just her bagman. Dan suggests that Gary lead the campaign's faith-based outreach program. With Gary taking on a more prominent role, Marjorie is placed in charge of serving as Selina's bagman.

Meanwhile, the Jonah team grapples with the news that he's come in sixth place in his own home state. The next day, Amy and Jonah go to Kemi Talbot and Selina, hoping for a spot as their respective running mate in exchange for Jonah's endorsement--though both Selina and Kemi agree that an endorsement from Jonah would be meaningless.

In Charleston, Selina visits Jordan Thomas Jr. in hopes of getting his endorsement. However, she is disappointed to learn that Thomas intends on supporting Kemi in the upcoming primary. Selina, realizing Kemi will secure a plurality of the African-American vote, begins to pivot towards appeasing white voters, including publicly supporting the police in a case of an officer accidentally shooting an unarmed African-American child.

After Wendy suggests adopting another child from China, Mike and her take a meeting at the Chinese embassy in Washington, D.C. One of the officials is interested if Mike is still close to Selina, and asks her to pass along a message from President Lu: that China is interested in helping Selina get elected so she can officially recognize the Diaoyu Islands, which are important to the Chinese militarily, as official Chinese territory. Selina, Ben, and Kent are all weary of accepting the offer as doing so would be highly illegal.

Jonah takes a meeting with Sherman Tanz, who reveals that Tanz has been funding his campaign knowing he would never win, but to win delegates to be able to make minor platform changes at the convention. Jonah, furious, makes a speech attacking Muslims for inventing math, appealing to the racial divide in the country. Bill and Teddy exit the campaign, seeing the situation as unsalvageable, but Amy stays, saying she can make this work.

Richard, who is now the mayor of Lurlene, Iowa, becomes a hero after saving lives after a crop-duster crashes into a 7/11. Meanwhile, Tom James announces he is leaving the race but refuses to endorse Selina.

With time running out to the South Carolina primary, Selina makes public her pledge to recognize the Diaoyu Islands as Chinese sovereignty to a bewildered audience. She later learns that Keith Quinn, her official campaign manager, consults with large clients in Asia who were pleased with Selina's comments on the islands. She also learns that Gary's faith-based initiative has raised 25 million dollars anonymously. Selina immediately connects this to the Chinese.

On the day of the primary, Selina expects record African-American turnout in support for Kemi, but learns that strange occurrences around the city, including curfews and voter disenfranchisement, have been preventing a large African-American population from going to the polls. Selina ends up winning the primary and sleeps with Dan that night. The next day, Marjorie and Gary resume their original positions. Dan learns from Keith that he's been fired, saying "If you breathe a word of anything to anyone, we'll slit your throat," to a horrified Dan.

In an interview with Greg Hart, Amy, in full make-up, claims that Jonah's campaign has pivoted and considers the third-place win in South Carolina to be a victory. Greg mentions that, as someone who has covered politics for decades, Jonah terrifies him.

Here's an overview of the timeline:

- During Mike's McLinTALK episode with Richard, two children walk in and have to be ushered away by his wife, parodying the viral BBC News interview with Professor Robert Kelly. 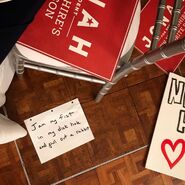 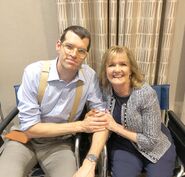 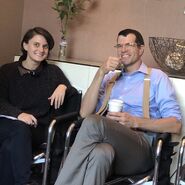 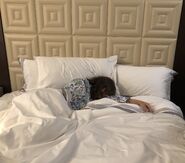 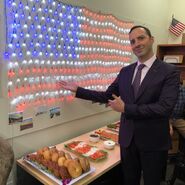 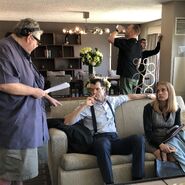 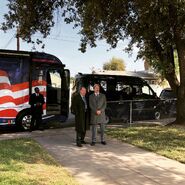 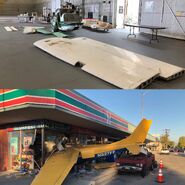 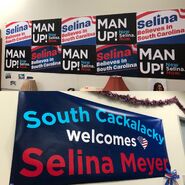 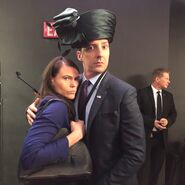 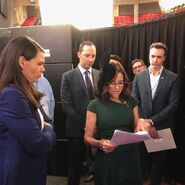 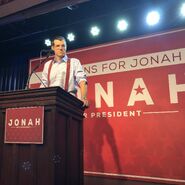 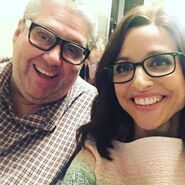 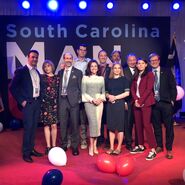 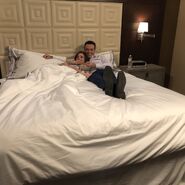 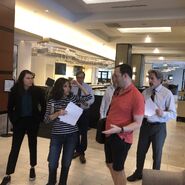 Selina's speech to the church

Selina's campaign itinerary
Add a photo to this gallery
Retrieved from "https://veep.fandom.com/wiki/South_Carolina?oldid=18822"
Community content is available under CC-BY-SA unless otherwise noted.