Start a Wiki
Oslo is the sixth episode of the seventh season of the HBO original series Veep. It aired on May 5, 2019.

Selina tries to arrange a meeting via her Finnish contact Minna. Gary helps Catherine plan a big event. Jonah and Amy push an anti-vax message in Pennsylvania. Mike finds a new home. Richard may have an enemy.

Selina and her team are in Oslo, Norway, to accept the Peace Summit Award from the World Summit of Nobel Peace Laureates, which Ben describes as being a "Nobel Prize Junior". While there, Selina is offered a large bribe from Murman Shalikashvili, and then meets with Minna, and asks her to arrange a meeting with Chinese President Lu, hoping that Lu's sexual attraction to Minna can lead. She also attempts to convince Catherine to marry Marjorie on European soil to exempt Catherine from common property law. Catherine is upset by the proposal.

Keith Quinn confronts Selina and threatens to expose the fact that Selina droned civilians in the middle-east during her presidency. Afterwards, Selina and Minna meet up and Selina inadvertently reveals information about the drone strike, resulting in Minna having Selina arrested for war crimes. At the Finnish embassy, Minna grants Selina asylum.

Campaigning in Pennsylvania, Jonah begins appealing to the anti-vaccination crowd. However, he inadvertently gives the crowd, and crowds he was previously campaigning with, chickenpox. Meanwhile, Lloyd tries to reconnect with Jonah and Jonah begrudgingly agrees. At his mother's house, Jonah and Lloyd end up getting along until Lloyd drops dead of adult chickenpox. Uncle Jeff struggles to compose himself at the funeral, laughing hysterically that Jonah killed his own father inadvertently. He attempts to pay Amy for sex, offering double if she's "got a dick under the dress", but she refuses.

Meanwhile, Richard, the new Lieutenant Governor of Iowa, unknowingly finds himself at odds with Governor Ballentine, who thinks that Richard is coming for his job. Richard, Ballentine, and Dan visit Jonah's house in New Hampshire, where Ballentine contracts shingles and goes blind, having to step down, allowing Richard to ascend to the Governorship. It's also revealed that, as Governor, Richard will be a superdelegate at the upcoming National Convention where his support may come in handy.

In Norway, Selina is surprised to see an outpouring of support from the United States, with voters chanting that she should be released, with her staff claiming that Americans don't care if she drones a bunch of Muslims. In a phone-in interview with Mike, who has been given his own CBS talk show, Selina walks him through the drone strike footage, and claims that the terrorist in question had a zoo, resulting in an elephant and other animals being killed in the strike.

Catherine announces that she has changed her mind and now wants to get married at the embassy in Oslo, and Selina realizes she can use this to her advantage. That night, with the help of Murman, Selina is able to escape via a tunnel network originally constructed to aid Nazi forces during the Second World War, though she is uneasy at Murman's constant jokes about people he has killed in false rescues. Selina makes a stop on the way to the airport, after seeing someone who looks suspiciously like Andrew, to accept her Peace Summit Award. In the lobby, Selina finally meets with Lu, revealing she knows all about his plan to get Montez re-elected. She offers him any islands, but as Lu refuses, Selina finally offers to return Tibet to Chinese sovereignty. Lu, ecstatic, accepts her request and switches his support from Montez to Selina. Selina accepts her award, giving a speech about the importance of a free Tibet, and reluctantly takes a picture with all the baby Llamas she helped free.

At the airport, Selina finds herself in a sea of protestors, furious over the elephant that Selina droned. Kent claims that this will hurt Selina's numbers.

-Had this not been the final season, the original storyline would have contained a trial for Selina's war crimes to conclude the season. 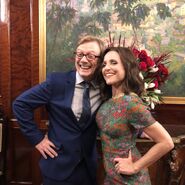 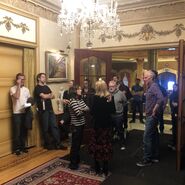 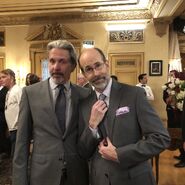 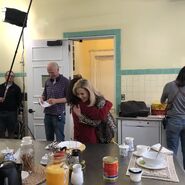 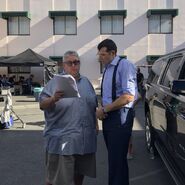 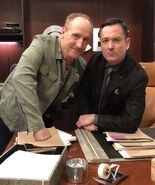 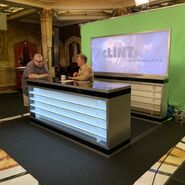 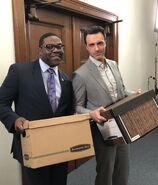 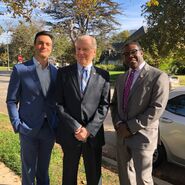 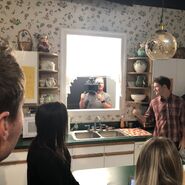 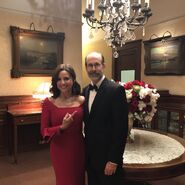 Elephant costume
Add a photo to this gallery
Retrieved from "https://veep.fandom.com/wiki/Oslo?oldid=16960"
Community content is available under CC-BY-SA unless otherwise noted.